I have spent the last 9 days in Israel, guest of ICON: The Tel-Aviv International Festival for Science Fiction Imagination and the Future. I spent most of the time in Tel Aviv itself, but was taken to Jerusalem for one eye-opening day. In fact, the whole trip was something of an eye-opener, as I had little idea in advance of what life in Israel would be like. A handful of photographs (four shots out of about four hundred in all) are below.

This is just to say a million thanks to my many new friends in Tel Aviv, notably Uri Aviv, who is the  driving force behind ICON, as well as the team around him: Ayelet Cohen, Shahar Golan and Eliyahu Zigdon. Especial thanks and greetings to Tom Shapira and Izhar Izhaki, my personal ‘minders’, who gave up hours of their own lives to take me sightseeing and other places, walk with me, share meals with me, watch movies with me, and on one notable occasion to catch me with a swift rescuing lurch, as I toppled on a flight of shiny marble stairs in the darkness. Thanks Izhar! Other friends too: notably Ziv Kitaro, his wife Galya, and his prestigious brother Nir. Many more — I think of you all. Here’s to the next time …

This is the sculpture in the plaza next to the Habima Theatre in the centre of Tel Aviv. The theatre itself is outside the picture to the left — the building in the background is the cultural centre, currently being refurbished. The sculptor is Menashe Kadishman: 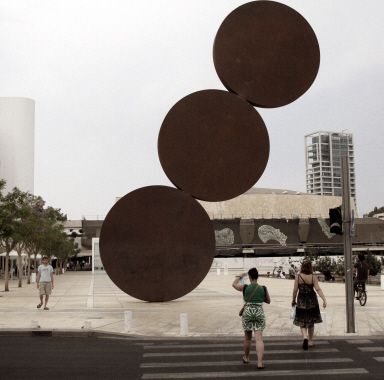 This is Ibn Gvirol Street, a main road in the centre of town, which runs between the Cinematheque (where ICON took place), and the hotel I was staying in. Crossing this street several times a day was a life-challenging experience, but on this one occasion it was briefly free of traffic: 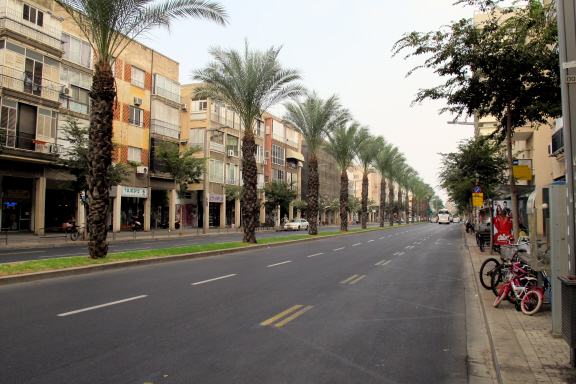 This is a view of the Arab area of Jerusalem, which we did not enter. In the top left of the picture is a glimpse of the Israeli West Bank Barrier: 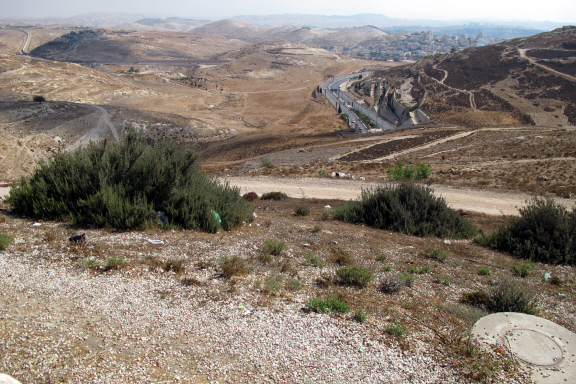 Finally, this picture was taken at approximately midday, when the temperature was at least 90º in the shade, with no shade. This was in the compound of the Western Wall: 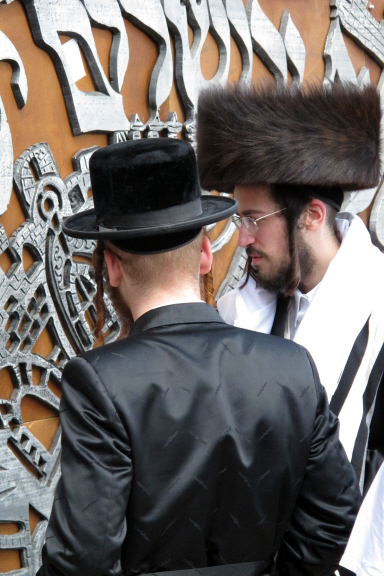