At last, The Stooge will be getting a screening in the UK.

This has been showing at film festivals around the world for the last year or so, bravely masking up and mixing freely. It has gained a huge amount of attention in those socially distanced circles, but I can say it has been picking up awards and commendations everywhere it goes. Looking at the array of award bouquets, below, I am amazed, impressed and very pleased by the persistence of the producers. The festival circuit can be a hard road to travel, but they have done well in these socially constricted times.

The film runs for a mere twenty minutes, but it packs a lot into that brief time. It is an essay on stage magic and was for me when I wrote the original short story a kind of ironic commentary on and footnote to The Prestige. The story can be found in my recent collection Episodes, but that really does not give even a hint of the way it has been widened and enriched by director Rogelio Fojo. He has come up with real mystery, good surprises, excellent music and several moments of beauty. In the opening credits there is a classic sleight of hand, filmed in close-up from below: you see every move the illusionist makes, yet will still be baffled by it. Full credit goes to Fojo and his team. 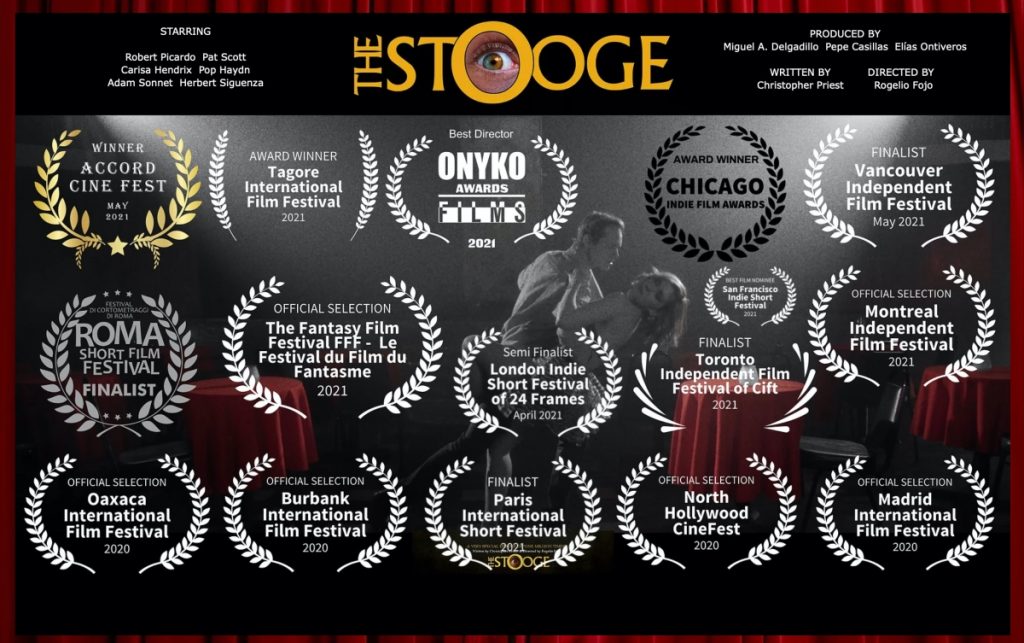 I am arranging for a copy to be made available for showing at Novacon. This takes place between 12th and 14th November this year, at the Palace Hotel, in Buxton. I shall be there. Here is the website for the convention.

The Sunday Telegraph, today, carries an interview with me by Sam Leith. (The Telegraph website has a paywall.) The matter under discussion: the films of Christopher Nolan, a topical subject as his new blockbuster Tenet is currently busy saving the film industry. Mr Leith had read my book on the subject, The Magic, so we tended to follow the arguments expressed there.

My novel The Prestige, was filmed by Christopher Nolan in 2006 and rated by many critics to be his best film (a view I share). The book is still in print and available in paperback from all bookstores.

A few years after the film appeared I wrote and published The Magic, in effect a response to the many friendly enquiries I received on an almost daily basis from readers and filmgoers: what did I really think of the film?, what went on behind the scenes?, how does the film compare with the novel?, and so on.

Although characterized in some quarters as me ‘slamming’ Mr Nolan (which no doubt will be said again after the interview has been read), the book is in fact an appreciative and nuanced study of how a serious and complex feature film is conceived and made by a young film maker at his peak.

I had absolutely nothing to do with the development and production of the film, but for obvious reasons every moment of the finished product was of interest and fascination to me. Naturally, I spelled out a few small reservations about the film (nothing’s perfect), and made a few disappointed comments about the way Mr Nolan’s talent appeared to be in the process of being squandered on lesser projects – an obsession with simplistic comic superheroes, for instance.

This is where the ‘slamming’ comes in, I suppose. But in reality I have always supported and endorsed the film, making personal introductions at festival screenings, for example. Christopher Nolan is clearly a talented and skilful film-maker, which is not in question, but he has not followed through with the uniquely imaginative approach shown in his early work. Many films start looking a bit dated quite soon after release, but Nolan’s film of The Prestige has a timeless quality, and is already showing encouraging signs of becoming a genuine classic of cinema.

The Magic is still in print and available directly from me, in both the first edition hardcover (£16.99) and a paperback (£10.99). More details about how to order can be found on this page.

Here is the cover art for my new novel, The Evidence. It will be published by Gollancz in October, and it can be pre-ordered from Amazon in hardcover or Kindle. 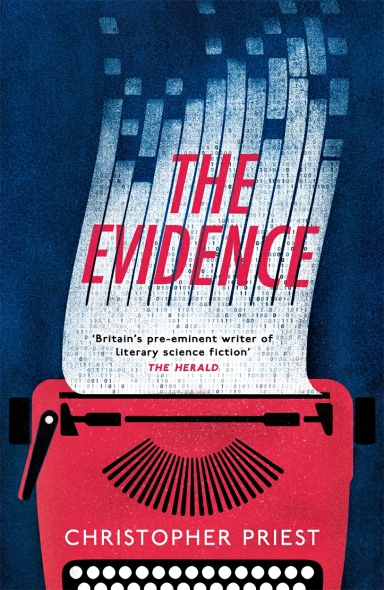 There is no mention in it anywhere of lockdown, virus or pandemic. There are no jokes about eyesight tests, no plague ships polluting the oceans, no face masks. It describes a place where crime no longer exists, and in which three murders have to be investigated.

This was published in Punch in 1939. The artist was Antonia Yeoman: 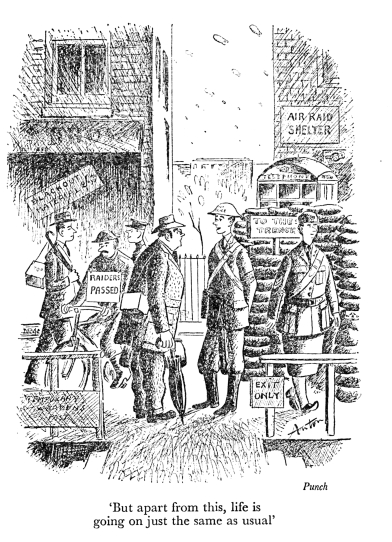 Here is the cover from Gollancz for my next novel An American Story. It will be published on 6th September this year: 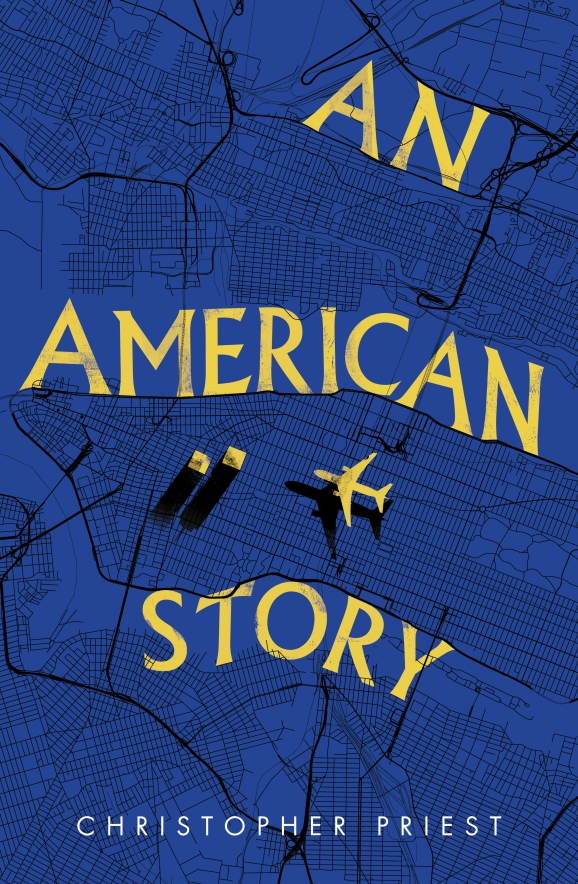 The visual approach is interestingly different from the French interpretation of the same book, as is the title (see below), but a certain theme is consistent. On this subject I merely say: the American story is not what might seem apparent from this thematic consistency, and the consequences are the real story …

Last week I was in Oxford to contribute to a celebration of the life and work of Brian Aldiss, as part of the Oxford Literary Festival. Other participants included Robin Straus (Brian’s American literary agent), Samuel Fanous of the Bodleian Library (repository of the Aldiss papers), Thomas Lodge (actor, Brian’s grandson via Wendy Aldiss), Petronilla Whitfield (actor, and frequent collaborator with Brian), and Michael Moorcock (in a message read by Marcus Gipps). There was also an ancient television interview with Brian, where he spoke amusingly about masturbation, and a song from Ella Fitzgerald, “Cow Cow Boogie”. A second panel discussion followed, with Philip Pullman, Claire Armitstead and Sophie Ratcliffe, more general in nature, about the relationship between literature and genre.

Speaking of literature and genre, I have just read The Booker and the Best, a Kindle Single from Nicholas Clee. This raises the question of why genre writing is not taken seriously by the perceived literary establishment, and why science fiction and thrillers, in particular, never make it to the shortlists of the major literary prizes. (One could point out the paradox that Brian Aldiss, one of the finest literary stylists in the English language, was never a contender in these prizes.) Clee doesn’t reach a firm conclusion, but his discussion of the problem is interesting and involving, and full of good sense. It only costs a quid from Amazon, so do grab a copy. 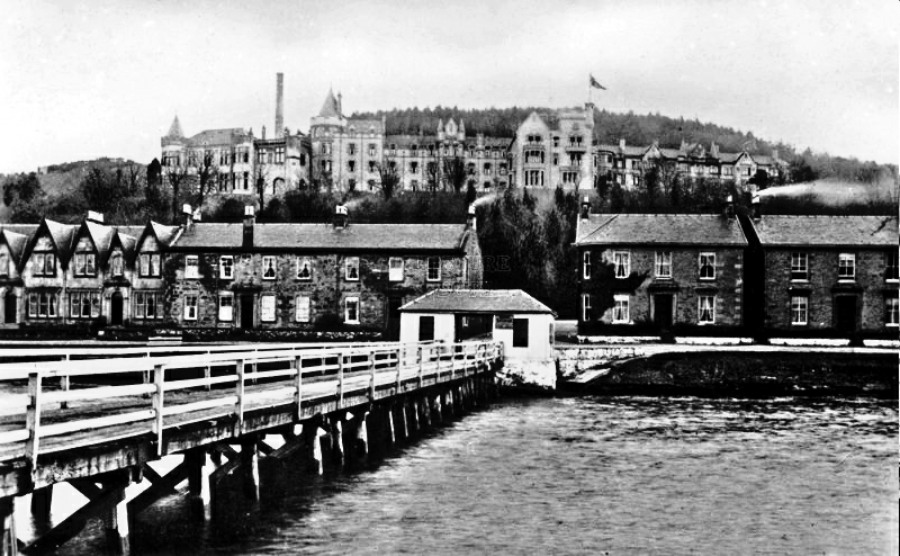 Alan Kelk has died. He taught at my school for thirty-seven years, although I knew him for only four of them.

He taught me two things. The first was to love and respect the English language, a most valuable possession which I have cherished ever since.

The second was a piece of advice: “If thou canst fight, wear a big ‘at.” Although I never quite grasped the full extent of this, I have found it invariably useful in difficult times.

That does it – Trump has pulled the USA out of the Paris Accord on climate change.

The American novelist Lionel Shriver recently reported a conversation she had with fellow American Sarah Churchwell, who ‘posited a theory gaining mainstream currency’. I had not heard this before, and have pleasure in quoting part of it:

Many of Trump’s characteristics point towards dementia: forgetfulness (leaving an executive order photo-op without remembering to sign the order); volatility, irritability, impulsivity and paranoia; anxiety about stairs and inclines (re: gripping Theresa May’s hand); poor concentration and degraded syntax: reliance on placeholders (‘very, very, very’ buys time), small vocabulary, fragmented sentences. If still arrogant in 1988, [when Trump was interviewed by Oprah Winfrey] he was lucid, coherent – almost articulate. He didn’t sound like an idiot. He could talk. He can’t talk now.

If the US congress doesn’t have the guts to impeach this appalling man, maybe they should consider committing him to a dementia ward. Perhaps that’s unfair on other dementia patients, who would have to suffer his endless post-massively-ketchuped-hamburger farts. It wouldn’t take long to build a special secure unit for him alone. 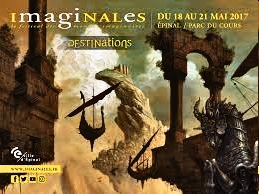 I shall be at Imaginales, in the Vosges town of Épinal, from the middle of this current week: May 18 – 21. My schedule, as sent to me in advance by Lionel Davoust, my brilliant and irreplaceable French interpreter, is as follows:

Lionel is himself a writer of great popularity and esteem in France, and I am always amazed by and thankful for the huge amount of time he gives up at events like Imaginales to translate for me. He makes even my most desperate or garbled comment sound elegant and interesting.

If by any chance you can be in Épinal this week, I should love to meet you and say hello. Go to the book tent: this is where we lurk when not in the Magic Mirrors.

Apologies if you have been trying to reach this site in the last two weeks or so. A terrifying error-message which blazoned the word FORBIDDEN in capital letters was all you would find. A virus attack had occurred at the ISP, but it has now been sorted by my son Simon. (A million thanks!) He and I have changed ISP, and things should be back to normal.

But I ask a favour: I understand that after a change of ISP anyone who has a link to my site will not be able to re-connect, except manually. I have no access to social media, and I’d be grateful if this renewal could be made known. The URL is unchanged: www.christopher-priest.co.uk.