We are at the end of April and I suddenly realized that I have posted nothing here since the end of March. The Devon countryside is waking up as the days lengthen: during the winter months it is bleak of colour, the hedgerows bare, the muddy soil showing through. It still looks beautiful and peaceful, and the roads are quiet and under-used, but winter is winter. Here in the southwest that mostly means rain and wind. I 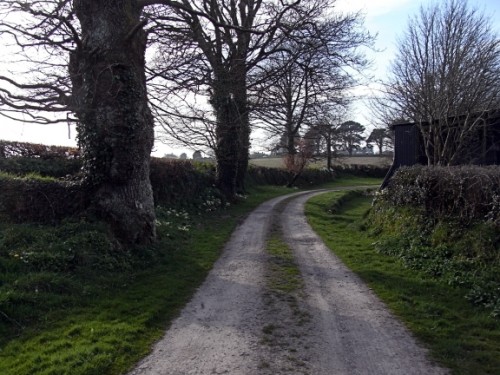 can confirm that’s true. But for the last four weeks the narrow roads have been a blaze of colour. The modest, familiar British wildflowers have returned. At the moment we have sweet alison, red campion, bluebells, and the first flush of cow parsley is looming over the lanes. I have had nothing to say here as I am deep into the final draft of my next novel, a period when what I’m doing spreads out psychically to blot out other matters. Thankfully, because out there in the world there is an election campaign going on, terrible disasters in the French Alps and the southern Mediterranean and Nepal, and an attempt by a small group of bigots in America to take over the Hugo awards. The bathetic nature of the final part of that sentence is sort of accidental, but it reveals what a narrow world of desperation some third-rate writers live in. I hope to complete my novel during the next two months.