This is a recommendation to the Argentinian film Wild Tales (Relatos Salvajes), which we watched on DVD last weekend. It came out last year and has won prizes and awards at film festivals all over the world, although largely in South and Central America. It gained nominations for the Oscar and BAFTA awards (in the categories embarrassingly and chauvinistically called respectively “Foreign Language” and “Not in English”). It was also nominated for the Palme d’Or at the 2014 Cannes Film Festival.

Somehow, though, perhaps because it was thought to be “foreign”, it did not gain a theatrical release in the UK, and opened on a paltry four screens in the USA. Traditionally, English-speaking audiences are assumed by distributors to loathe sub-titled films. (It is exactly this kind of unthinking chauvinism that is ultimately behind the current controversy about actors in this year’s Academy Awards.) Whatever the reason, Wild Tales can be fairly said to have slipped through the Anglophone net. More fool us. 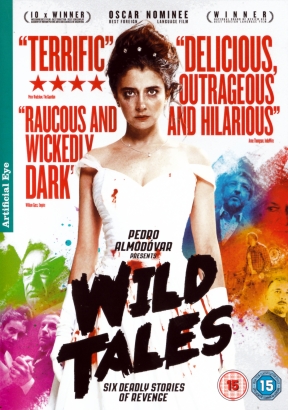 It is a wonderful film, one of the best made and most enjoyable I have seen in a long time. It is, though, difficult to describe and review, because of the form it takes. It is a portmanteau film, consisting of six individual short stories, without linking between them. In Wild Tales the stories have nothing in common beyond the theme: they are all about revenge.

The wish for revenge is an intriguing subject, and here it is treated with flourish. Each of the stories is original and unusual, each is well told and skilfully filmed. The cast consists of actors who are not instantly familiar to British and American audiences, but are obviously well known in Argentina – perhaps the most familiar of the actors is Ricardo Darin, who was the lead in such (Argentinian) films as Nine Queens and The Secret in Their Eyes. But the ensemble acting is terrific throughout.

Each of the episodes is imaginatively constructed: there is an ingenious plot as well as the story, and the characters are properly and convincingly drawn. There are memorable images galore: you will never forget the astonishing image with which the first story ends, but it’s not a film of cinematic trickery. The concluding story, for example, is based entirely on character and good writing, and leads up to a most satisfactory and surprising ending.

Wild Tales was produced by Pedro Almodóvar, and was written and directed by Damián Szifrón. I hope Szifrón has a long and successful career ahead of him. I can hardly wait to watch his film again, and I suspect others will enjoy it as much.

During the same weekend we saw a second film. This, oddly enough, had several features in common with Wild Tales. Much of it was filmed in Argentina, for instance. A lot of the dialogue has subtitles in English. It too is about revenge.

It was (perhaps not obviously from that brief summary) the recent blockbuster vehicle for Leonardo DiCaprio and Tom Hardy: The Revenant.

Whereas Wild Tales glories in superlative writing and storytelling, The Revenant is minimally scripted, has hardly any story at all and no plot to speak of. It is no more than an anecdote, padded out for two and a half hours. You will know the anecdote before you go into the cinema: DiCaprio is savaged by a bear, left for dead by his colleague Tom Hardy, and after he recovers he goes off in search of Hardy to exact revenge. There is nothing more to the film than that: apart from a lot of hanging around in cold weather, fabulous photography of cold weather, a dip in a freezing river, endless violence in cold weather, a lot of cruelty in the snow … and a quest for revenge.

Wild Tales is the better film.

Until this week any photographs I might have posted of our local countryside here in North Devon would have been awash with mud and puddles. At last some real winter weather has arrived and it is now refreshingly cold.

The photos below are of the flood plain of the Taw Valley. The Taw rises on the northern edge of Dartmoor, then meanders its way in a generally north-westerly direction, reaching the sea at Barnstaple. It is a live river, almost entirely unpolluted and free of modern development for most of its length. The valley is a haven for wild birds, and the river itself is a safe habitat for salmon, trout and otters. In recent years it was brilliantly photographed by James Ravilious (son of the painter Eric Ravilious) who in his lifetime created a unique archive of the scenes and people in this part of North Devon, and whose work casts a impressive shadow across latter-day attempts.

In recent years the area has become known as Tarka Country, based on a popular novel about an otter of that name, by Henry Williamson. There is a long walk through the valley called the Tarka Trail, and our local train service (which crosses Devon from Barnstaple to Exmouth) follows the course of the river for much of the way and is known as the Tarka Line. It is in fact a real train line, a reliable link to the mainline trains in Exeter, and much used by local people. It’s not at all intended as a novelty for tourists, but even so it’s one of the most scenically splendid train journeys in this country.

Here are a few images of what I saw of the flood plain this morning, as I drove in a mundane way to take the car in for a repair: 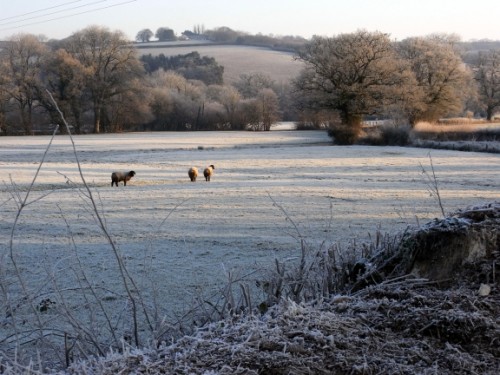 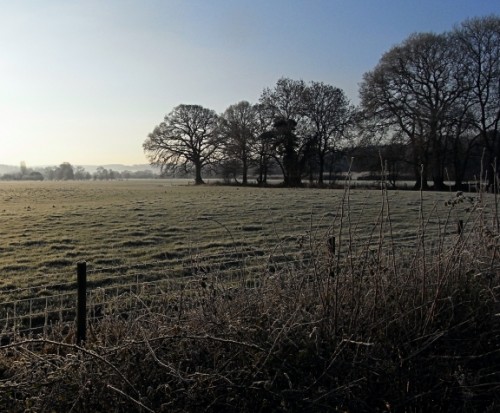 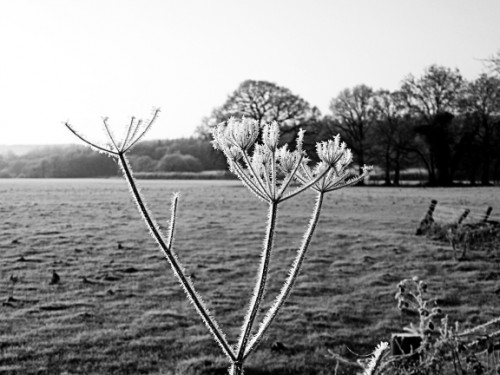 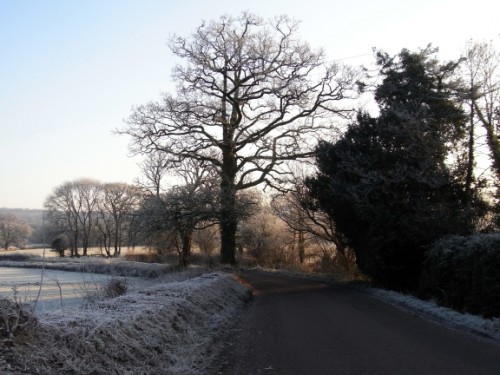 This is the cover for Valancourt’s new paperback edition of A Dream of Wessex, which they will be publishing in the USA in March.

It is good to see the novel published under its real title at last — when it came out the first time the American publisher (Scribner) changed it to The Perfect Lover. This was partly my own fault — my choice of earlier titles in the USA had turned out to be contentious and I reacted wrongly to that. Two of the titles I had put on my earlier books had led to changes in the USA. Harper & Row changed Fugue for a Darkening Island to Darkening Island, then Inverted World to The Inverted World. Although both these decisions were only slightly mystifying, and the changes only seemingly minor, they led inevitably to confusion in databases and catalogues. I was already fed up with the argument I had to have with the publisher every time (I won two of the arguments: Indoctrinaire and The Space Machine went out in the US with the correct titles), and later I was also fed up with explaining what the difference was to bibliographers, librarians, and so on. It went on for years.

When I completed A Dream of Wessex my then literary agent said that no one outside the UK would have the faintest idea what the word ‘Wessex’ meant, and he proposed a title change. He eventually suggested Future Perfect, which seemed OK for a time — the manuscript went out under that title. Then the British publisher, Faber & Faber, said: ‘No, this is no good.’ They preferred the original! A familiar problem immediately returned, this time in reverse. But to my irritation, even the concession about not alarming American readers by mentioning ‘Wessex’ led to a new argument about the title. Scribner wanted a harmlessly bland formulation, and their change soon seemed not only inevitable but by this time, for me, it was habitual and traditional. The phrase ‘the perfect lover’ is actually used in the novel, but it’s a passing remark — no more than that, a momentary insight, a reflection by one of the characters.

Valancourt’s smart new edition will, I hope, put an end to all that. There is a selection here of the reviews of the original Faber edition — this includes an image of the Faber cover, which is, incidentally, based on a little-known watercolour by the painter Paul Nash. 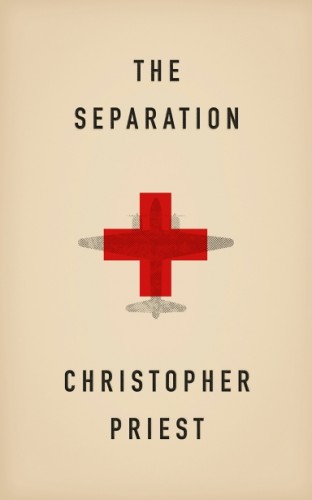 Meanwhile, here is the cover illustration Valancourt have put on their US paperback edition of my 2002 novel The Separation. This was published back in June 2015, but for some reason the copies Valancourt sent to me did not reach me. I only became aware recently that the book was already out. Until now, or at least until June last year, The Separation had never achieved a mass-market paperback in the USA, so this new release is especially pleasing to me.

The Separation is a novel set during WW2, but it’s the part of WW2 that I have always found interesting: the period when Britain ‘stood alone’, when the world war was actually a European war (but no less serious for that), a time when the USA, the USSR and Japan were not yet involved. After June 1941, when Nazi Germany invaded Russia, it became a worldwide conflagration, more deadly and damaging, a grim conflict with consequences for everyone on the planet. My novel is anti-war in intent.

Here are some of the reviews of The Separation, when first published in hardcover, in the UK and the USA.