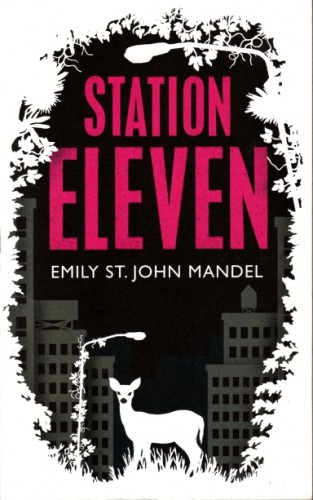 I am late to the party: Station Eleven was published in the UK about four months ago and has won many favourable reviews, it was a best-seller in the USA and was shortlisted for the National Book Award. I suspect more accolades are to come for this remarkable novel. We enjoy books on a personal level, and if we set out to write a favourable review afterwards what we are really doing is trying to express that feeling in objective terms. In other words, we translate enjoyment into admiration.

But this time, instead of trying for critical distance, let me give a more subjective account of this book. It involves an indirect approach.

In the early 1960s, barely out of adolescence and working unhappily in a London office, I discovered the existence of the National Film Theatre. It showed in repertory the sort of films I had never seen while a child in the bosom of the family: the NFT had foreign films, experimental films, old films, independent films, arthouse films. I joined with alacrity, and soon received their current programme: they were about to start a retrospective season of films by Ingmar Bergman. I sent off for tickets.

During the following two weeks I saw four Bergman films at the NFT: Sawdust and Tinsel, Summer with Monika, Wild Strawberries and The Seventh Seal. All were in black and white; the dialogue, of course, was in Swedish (and delivered in theatrical tones, punctuated with long silences); the subtitles were erratic and shaky; the prints were scratched. The themes were sexuality, impotence, love, humiliation, betrayal, pride, death. It was a transforming experience. Nothing before had ever intrigued or satisfied me so much. A mood of gloom, wonder, excitement and ambition gripped me. Later, I was to see many more Bergman films, but the shocking impact of those first four was never quite to be repeated. For me, ever after, Bergman’s work has been an exemplar, a precedent, a goal.

The first of Bergman’s films that I saw, and therefore the one which had the profoundest effect on me was Sawdust and Tinsel. This is set in a ramshackle travelling circus, the wagons pulled by exhausted horses. The players’ circus costumes are threadbare, their audiences minimal. The mood is defiant, jealous, defensive, mystical.

Much of the action in Emily St. John Mandel’s novel Station Eleven describes a ramshackle group of survivors, travelling in engineless, horsedrawn pick-up trucks, working their way through the remains of the state of Michigan after a global disaster. All the characters are actors or musicians, or people who have learned since the disaster to be actors or musicians. They call themselves the Symphony, and at each of their stops they put on their threadbare costumes and perform. Sometimes they mount King Lear or Hamlet; at other times they play classical music. They also have to hunt, scavenge and kill, but at the end of the day they set out chairs for whatever audience they can attract, the conductor taps her baton on the stand and they start playing a Beethoven symphony.

The concerns and eventual destiny of the characters are different in detail from those of Bergman’s, but the subtlety, complexity, doggedness and despair of Mandel’s characters resonate strongly with his.

Around the same time as my discovery of Ingmar Bergman, I came across a novel well liked in the SF world, although at the time I had no knowledge of that. To me it was just a book I happened to buy. It was Earth Abides, by George R. Stewart. Stewart was an expert in place-names, an historian and a professor of English at Berkeley. He appears to have had no knowledge of or connection with the science fiction genre. Earth Abides was not his only novel, but it was his only purely speculative work.

It describes the collapse of civilization after a global pandemic – at first the central character, Isherwood Williams, believes himself to be the only survivor, by a fluke. Later he discovers one or two other survivors. Human society tentatively begins to re-form.

An aura of loss, death, guilt, failed responsibility hangs over the background to the novel, not unlike in Bergman’s early films. There is a broader outlook, though: Earth Abides is also about the impact humans have had on the physical environment, and there are many scenes depicting the changes to the world that follow the demise of humanity, all of them thrilling and moving to read. Stewart was an ecologist, a green, decades before that awareness had any currency outside the work of a few specialist scientists.

This was powerful stuff for a teenager to read, and it left a lasting impression on me. I still believe that because of this book my consciousness about pollution, climate change, waste of fossil fuels, the dangers as well as the benefits of a technological society, was raised many years before these issues became understood in the general world. I also know that this is not a unique reaction: the book is regarded as a classic by many of the people who came across it half a century ago.

Bergman and Stewart – they are giants in my life. I can offer no higher compliment to Ms Mandel than to say that while reading her novel these potent sensibilities were re-awakened in me. Perhaps a new generation will draw from Station Eleven something of the same understanding of the frailty of life, or of the interconnectedness of the world, or of the wonderful and inspirational gloom that I drew many years ago from these giants. Her novel is complex, subtle, wise, beautifully written, layered, original and often moving. I cannot commend it more highly. 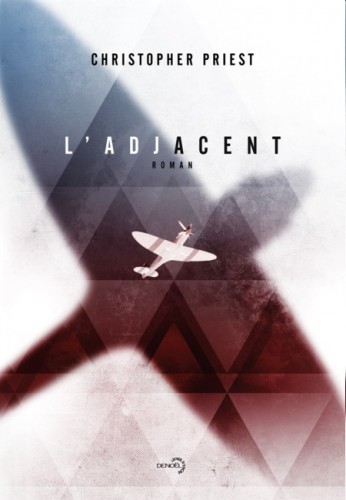 Here is the beautiful new cover for the French edition of The Adjacent. The artist is Aurélien Police, and the book will be published in April, by Lunes d’Encre (Denoël). Editor: Gilles Dumay.