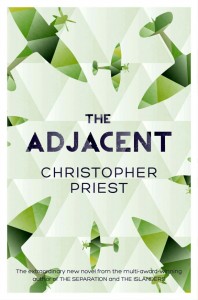 The Adjacent is the story of Tibor Tarent, a freelance photojournalist, repatriated to Britain after the violent death of his wife, Melanie. Tarent had been with Melanie during her work as a relief-agency nurse in an emergency clinic in Eastern Anatolia. Her death, a personal tragedy for Tarent, was caused in some way by quantum adjacency, a new kind of weapon which has fallen into the hands of terrorists. But adjacency technology takes other forms, and Tarent himself has already been innocently exposed to it. Adjacent parallels, conscious and imagined, take shape.