Last week we went to the Celsius 232 convention in Avilés, in the Asturias region of Spain. It was a hugely enjoyable visit, largely hosted by Ian Watson and Cristina Macia. Writers from the UK included myself, Nina Allan, Paul McAuley, Jonathan Grimwood and Joe Abercrombie; from the USA there were Robert Sawyer and David Simon; from South Africa came Lauren Beukes. Most of the best Spanish writers of the fantastic were there too. A high point, recognized by everyone, was the instant translation provided by Diego Garcia Cruz, who not only interpreted our fumbling words with precision and real inflective flair, he worked seemingly without a break for hour after hour. Unfortunately I do not have a good picture of him, as he was the star turn. We visiting writers from abroad do not exist without translators.

However, here is the pedestrianized centre of Avilés. It was siesta time, and only mad dogs and photographic Brits were about: 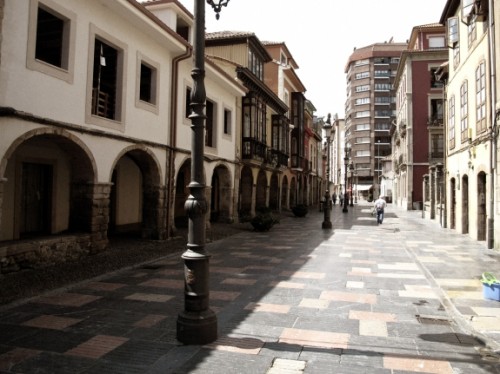 Our hotel, the NH Palacio de Ferrera, was a conversion from a former palace in the Plaza de España. Although most of the guest rooms were in a modern extension at the back of the old building, the main part remained. The room below had been restored to its former appearance, the spiral staircase leading to a small balcony on a tower overlooking the town: 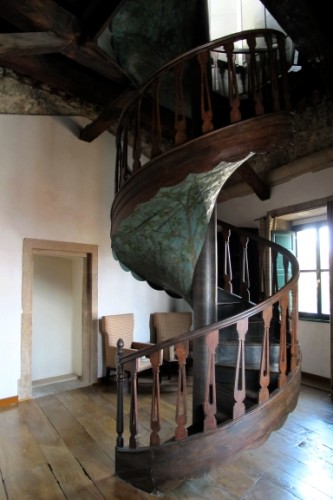 During one of the free days we visted Gijon, a coastal town (part Spanish Navy, part tourism) where some eight years ago I was a guest at the annual Semana Negra, a book fair mostly concerned with thrillers and the fantastic. As I had found in 2005, Gijon seemed unphotogenic to me, but while we were having lunch in a shaded alley in the old town, I noticed this sign for the Street of Recollections: 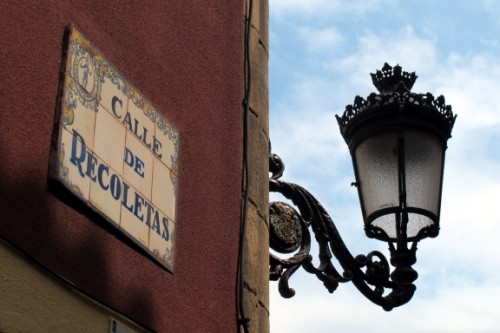 Now a few pictures of some of the people who were there.

Here is Jon Grimwood, a shy writer, who has recently re-invented himself for his literary novel The Last Banquet: 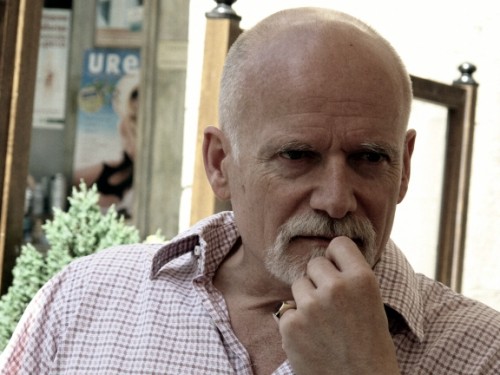 Ian Watson now lives in Gijon, and seems to be blossoming under the heat of the sun, the rejuvenating impact of the sea winds and the wonderfully tasty Spanish cuisine. Here he is, not pulling a silly face: 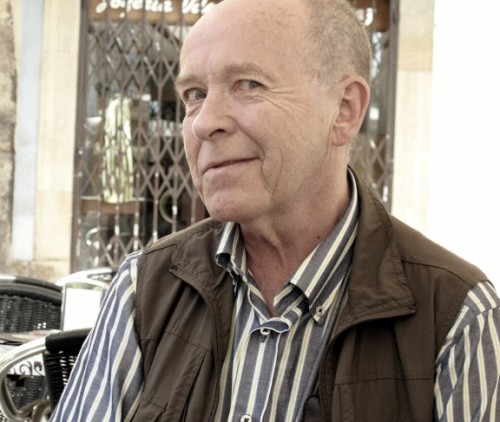 Finally, here are Joe Abercrombie and Lauren Beukes, being sociable in the modern way. I read in the Guardian this morning that this activity is now known as phubbing: 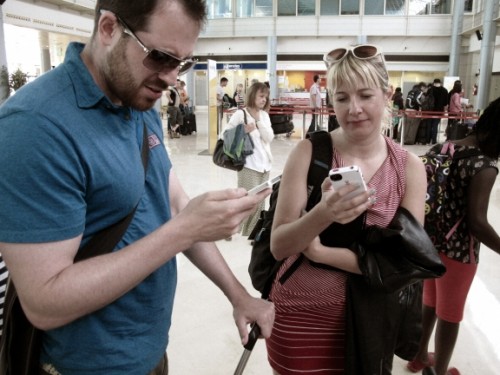